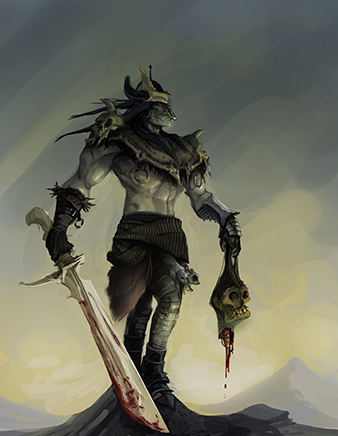 Fear comes from the belly

So Khärn cut the belly to let it out.

Anger comes from the chest and fills the head

Khärn loves the sound it makes, like a war drum

Blood-Lust comes from the heart

Tiredness in battle comes from the arms and the legs

It is only enemy Khärn cannot fight with weapons 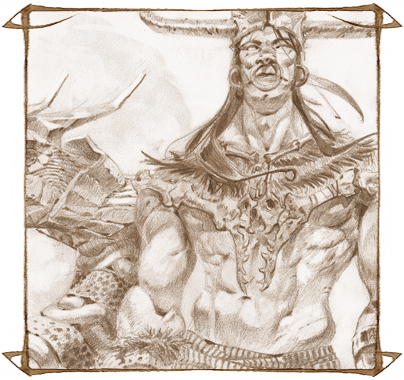 All in Skara fear the Khärn. Parents can frighten their children into obedience by merely mentioning the name.

The Khärn are the strongest and wildest people in all the land. They follow no order when they charge into battle but neither do they require it. They fight to the death always in the name of glory. Success or death is their mentality.

Khärn warriors wield the largest and heaviest of swords. It takes only their presence on the battlefield to intimidate all around. More than a few warriors of other races have run from just rumors of a sighting.

The Khärn inhabit a volcanic region of the Rhozsa Mountains. Their legends and stories have been passed around Skara for years and no race ever dares cross the line into their territory without desiring their own death. 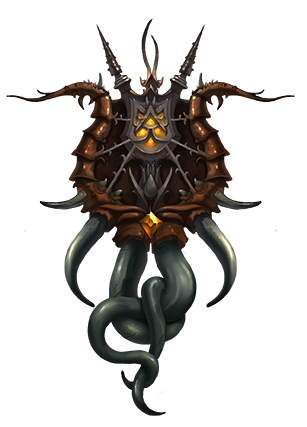